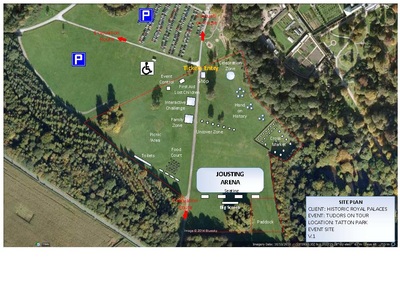 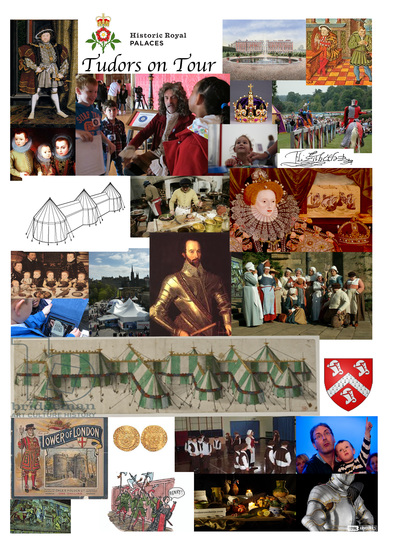 ​Over the May bank holiday weekend, 2 – 4 May 2015, King Henry VIII and his courtiers took up residence at Tatton Park, Cheshire, as part of Tudors on Tour; an outdoor family festival staged for the very first time by Historic Royal Palaces.

​I developed the idea and format with Louise Wordsworth (Creative Consultant/Executive Producer).
​
Festival goers were transported back to the year 1526 where they were regaled with authentic stories and experience all the excitement of the Tudor court on Royal Progress.  In Tudor times, the monarch and the royal court would embark on a royal progress, traveling around the realm whilst staying in the castles and manor houses of nobility. The local population would be expected to receive the king or queen and host elaborate events in their honour with great displays of pageantry taking place alongside music and delicious foods. Tatton Park is one of the country’s most complete historic estates, celebrated for its Tudor Old Hall, making it an ideal setting for this family festival.

Tudors on Tour created some of the most spectacular celebrations that would have been enjoyed by Henry VIII, bringing the Royal Progress to life in the 21st century. Visitors got a chance to join the court and meet costumed interpreters portraying key characters from Henry’s reign. A bustling marketplace showcased traditional crafts including wood carving, stone masonry and blacksmithing, with an armourer and leather worker also displaying their skills. A spectacular jousting tournament was also staged.